Case Studies
About the Founder 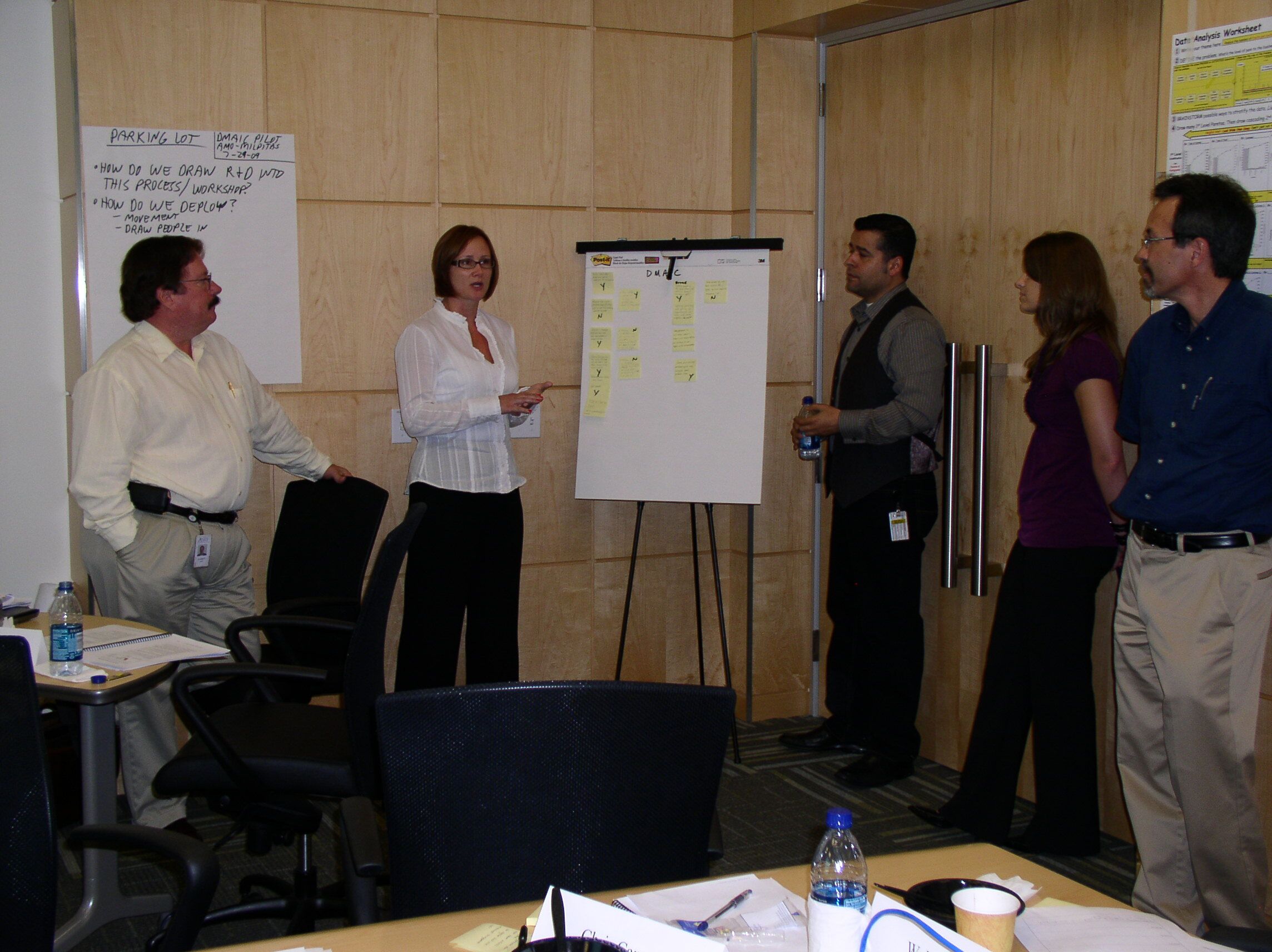 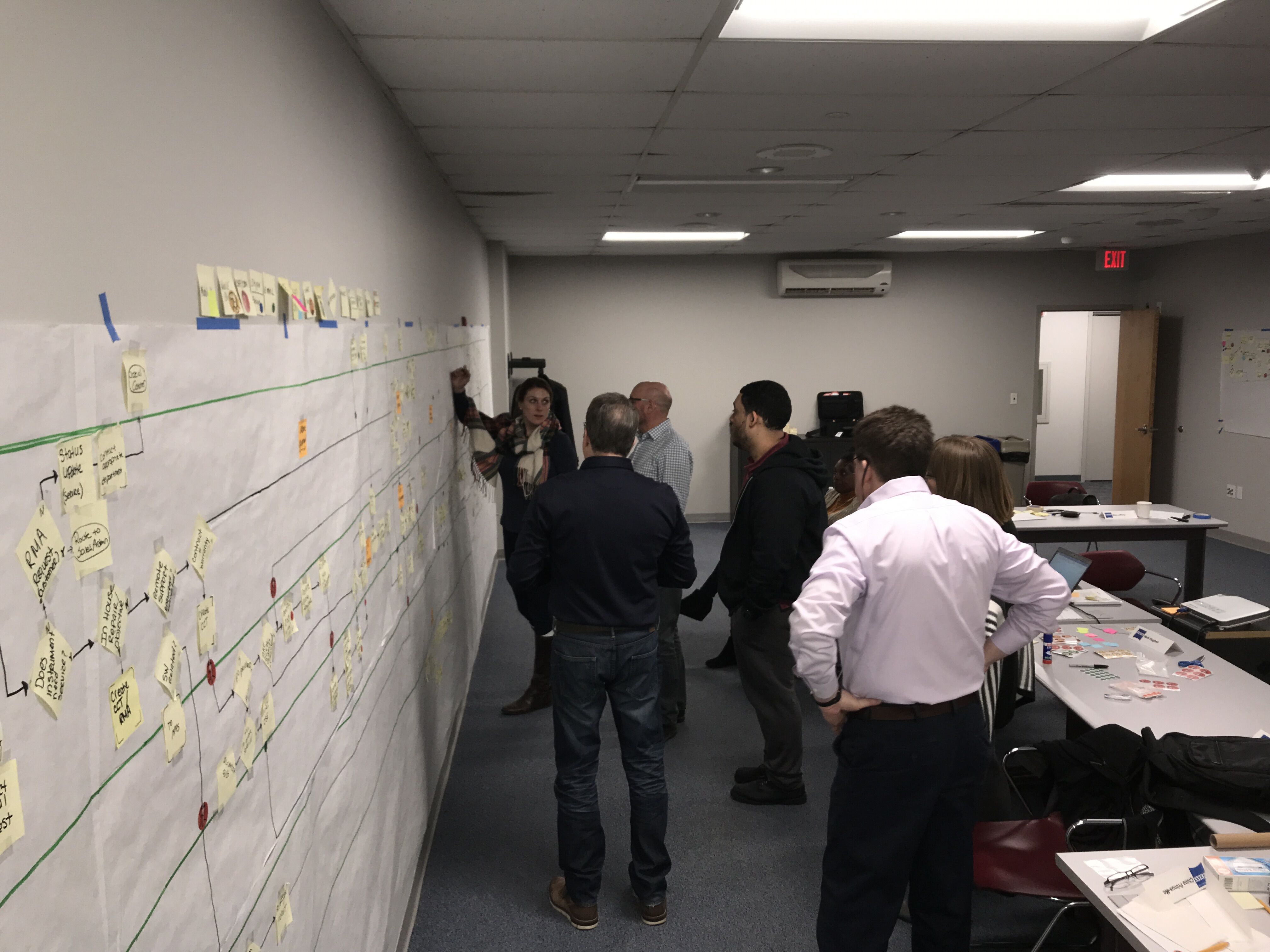 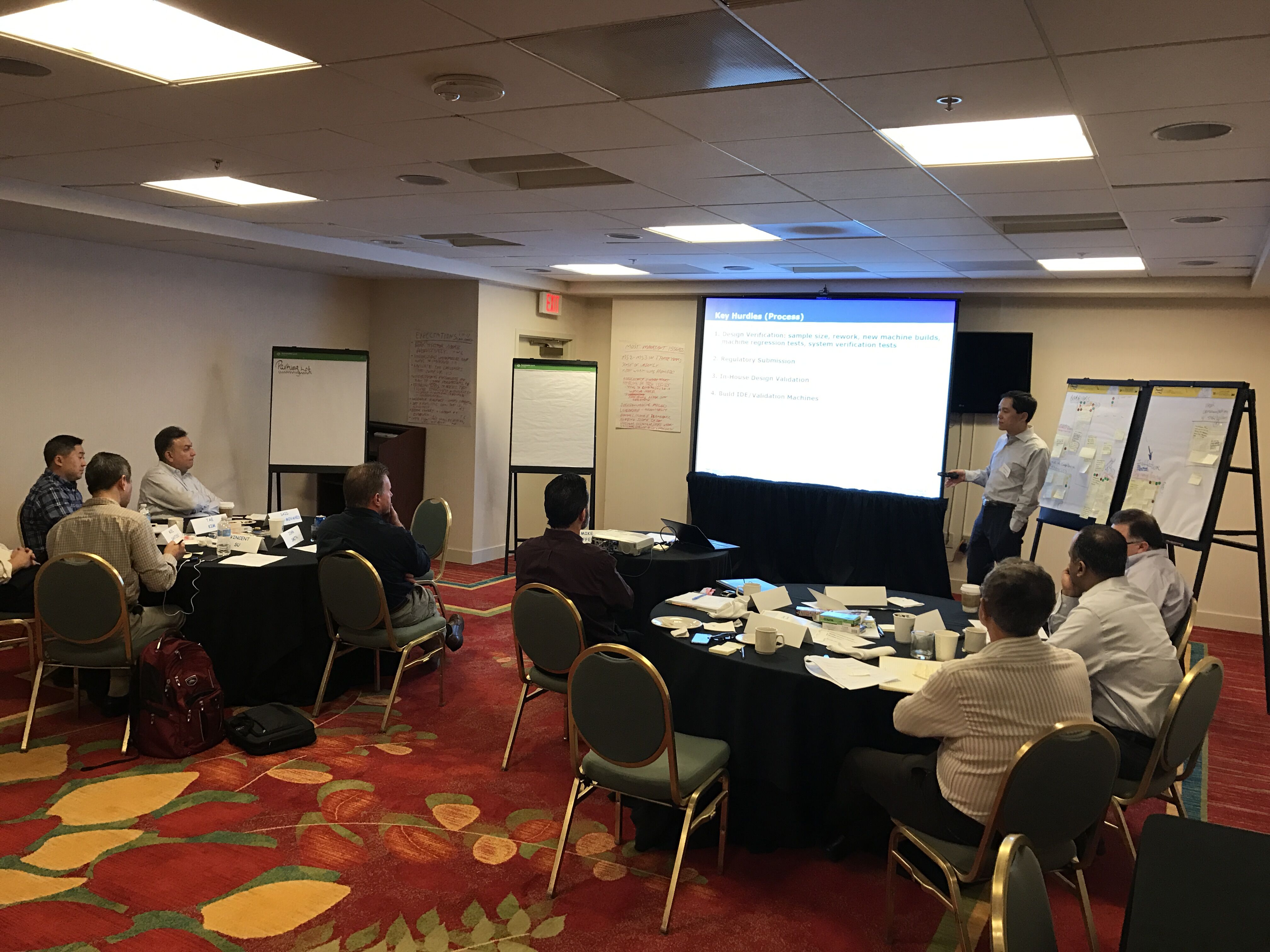 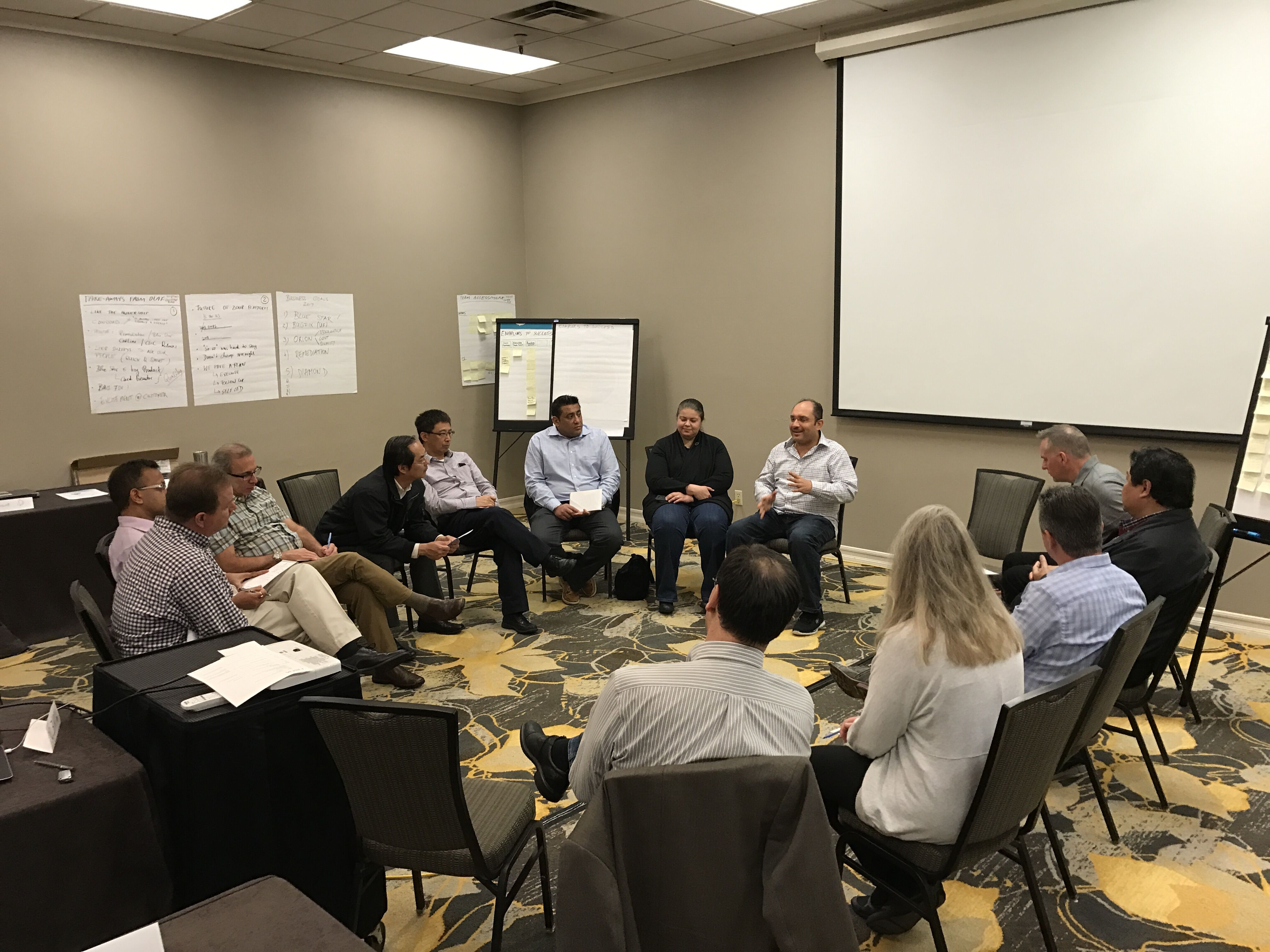 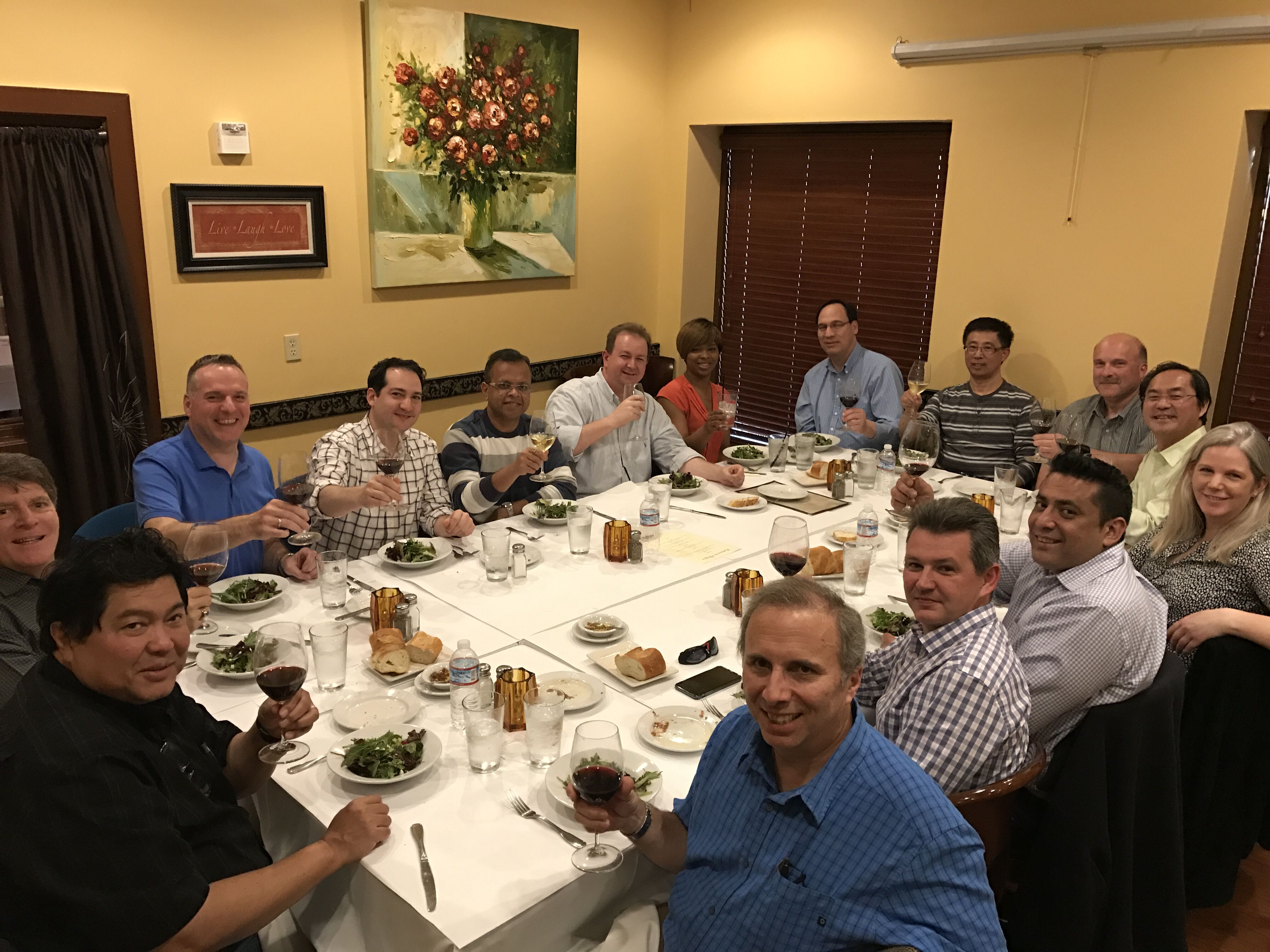 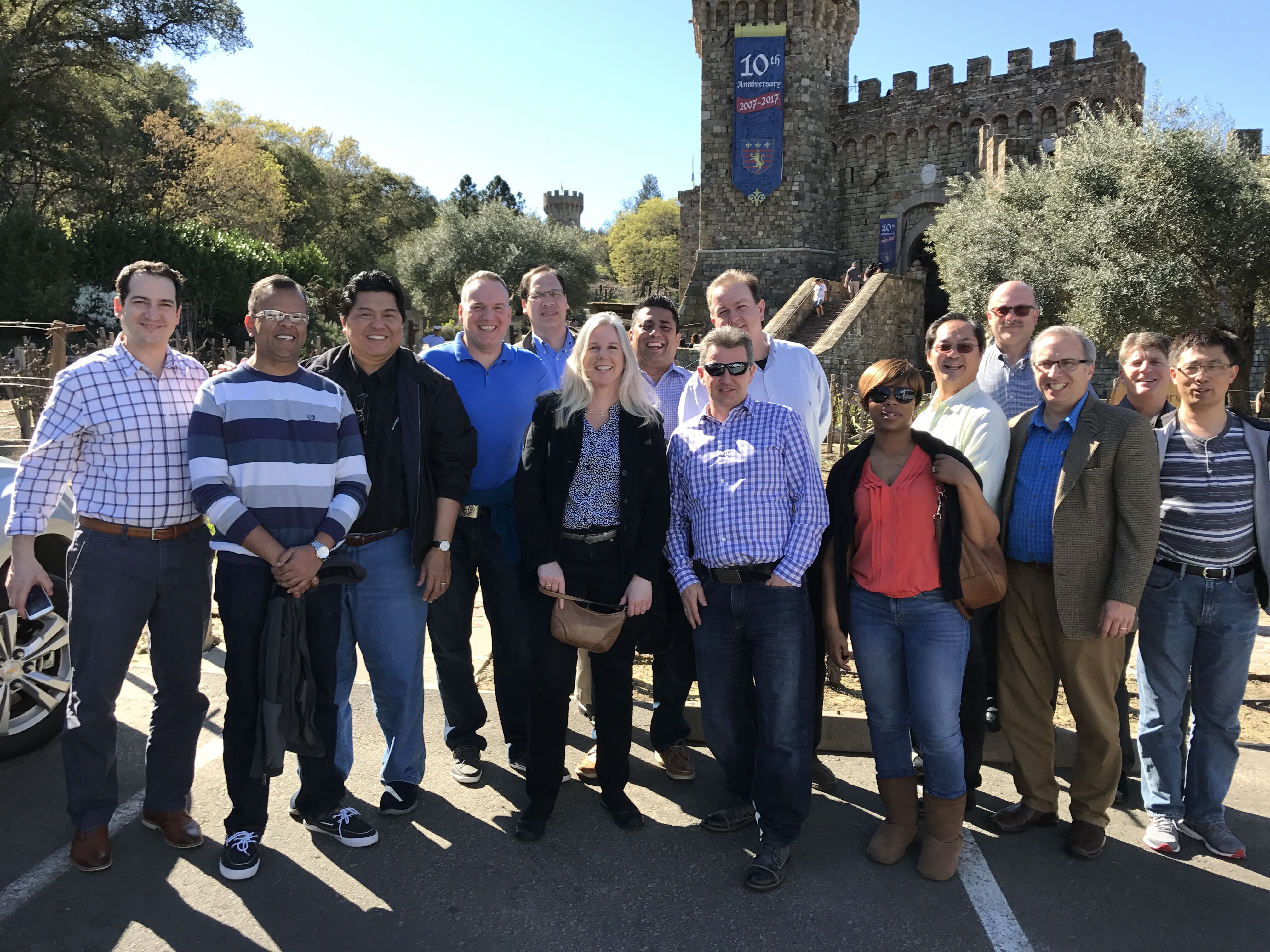 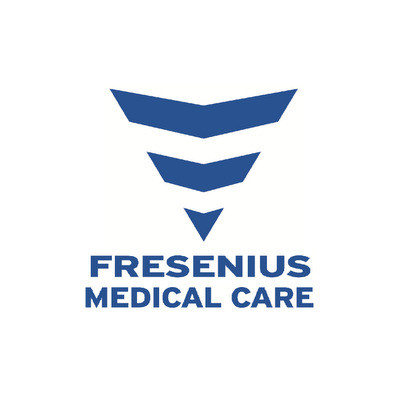 This internal R&D group of highly-paid professionals was way behind schedule in supporting development of products for the rest of the company in a cutthroat marketplace. Specifically, they were behind schedule on roughly 250 development projects. Not surprisingly, the group suffered from a poor reputation throughout the company.

In response to this weak performance, management increasingly was frustrated and increasingly involved in the day-to-day management of every detail of the operation. And still progress was slow and uncertain.

Accordingly, employees felt micro-managed, stifled and unmotivated. The group would wait passively for senior execs to give them their goals. They rarely took initiative or ownership, sensing that management would just step in again.

Our goal was to build accountability from within rather than from above. A team offsite was scheduled to focus the team on how they were working in order to improve what they were doing. No trust falls, ropes courses or “team building exercises” were employed.

Before the team came together, JILOA conducted individual interviews with each team member, learning what each believed to be the obstacles to overcome and building rapport and trust with each individual. Mike’s goal was to encourage each of them to speak candidly and take ownership for the team’s performance.

Mike had the group’s internal senior clients tell them how they viewed the group. In addition to hearing this harsh truth, the group was also told that the company was behind them if they could improve their performance.

When the group responded by justifying reasons for their poor perception, Mike confronted them with their passivity in a way that no one inside the company could. He engaged the team to confront the truth it had been avoiding and encouraged them to be accountable to each other for their mutual performance.

In particular, Mike helped the team see themselves going from being a weak, internal service department to being a successful, independent consulting team with clients entrusted to them for their success. Mike directed them to identify their goals based on what they knew they needed to do as experienced, talented professionals. Mike coached each of them individually on how to assume this new, active role. This got most of the team motivated and on board. The ones who were uncomfortable with taking ownership decided they wanted to move elsewhere.

Soon after, the group started managing itself and working together as a team with mutual accountability. Crucial conversations that were avoided in the past happened now, but without personal risk.

Just one year later, the backlog of 250 projects was eliminated. Not wanting to be perceived as unresponsive, the group had been trying to work simultaneously on all 250 projects. This ineffective strategy was replaced with a system of prioritizing projects using a set of criteria agreed to by their internal clients. Accordingly, they accomplished more by trying to do less.

Team members were interviewed following the JILOA approach. They reported that:

As a result, management was freed from trying to supervise the projects to focusing on company strategy and leadership development.

Rather than contributing to his hardware company’s bottom line, Zeiss's software group was in the red by $7M, losing money on every installation.

Three previous attempts at product improvement had all failed ignominiously. Skepticism was high about ever solving this gnarly problem. The failure of the last expensive offsite to make progress despite flying 30 people in from around the world only reinforced this negative attitude.

The first challenge JILOA had to confront was this defeatist ideology. In conversations with each team member, Mike probed each on what they believed went wrong in previous attempts. After listening to each tale of defeat, he shared his experience overcoming similar problems at other companies in his career. No trust falls, rope courses or “team building exercises” were employed.

It quickly became apparent that this collection of individuals was not operating as a global team. Software developers, engineers, sales and field implementation each had their own view of the problem (i.e. it was the others and not them).

Accordingly, a lot of animosity had built up among members. They dismissed each other for not understanding the “real” situation, but in this passive-aggressive culture they failed to address their perception directly.

It was going to take a core cross-functional team to overcome this long-standing business challenge. There were strong and weak players in the group, in terms of leadership skills as well as technical competence. After assessing people throughout the software group, Mike pulled together a small team of hand-picked problem-solvers.

The next step was to create a “safe” environment for crucial conversations. Mike developed a relationship with the team outside the office as well, and at one point even climbed Half Dome and went mountain biking with them!

Rather than focusing immediately on what the team needed to accomplish – like prior failed attempts – JILOA had the team start by focusing on how the team was working. Mike started the workshop by getting each team member to describe:

The group then identified the top behaviors to either promote or change. In addition, each team member identified one thing they personally would do to make that happen by answering a prompt; "One way I have been getting in the way of this team's success is..."

A breakthrough occurred when team members conducted a role play in which they switched roles to attempt to understand and empathize with each other’s perspectives. The competitive “zero-sum” thinking was replaced with a collaborative team mindset.

This entire process occurred in about 90 minutes. Despite years of repeated failures, the team was able to create an action plan to achieve goals and overcome obstacles that same day.

From the myriad problems plaguing the product, JILOA instructed the team to evaluate each for its financial impact and their ability to solve each quickly. The result was a workable focus on just one dozen actions that had immediate financial impact.

So what's next for you?

That big problem is apparently still there.
And the team is still struggling.

Or email us at info@jiloa.com